WHY I WANT FIGHT FOR PUBLIC SCHOOLS 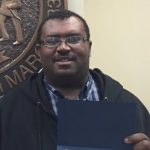 I want to fight for the same reasons people fought for charter schools in the first place, choice.

In the city of Chicago there is a movement going on, a movement that could end public schools. Some one say its not a bad thing the system is broken. The problem is most people don’t understand, all that is happening now is its shifting from one system to another. I want people to understand that I want public schools to survive I’m not calling for the end of charters. I think both work within a larger system.

Bowen HS and Baker are next to one another, Bowen in the main building and Baker in the annex. I’ve seen consistently for the last few years. Students coming from Baker to Bowen some by choice but some because of academic or behavioral problems. While I’m not saying all kids at Bowen are problems cause I see them all quite a bit and I know there are great kids there that came by choice. Now because Baker can dump unwanted students on Bowen and Bowen had no choice but to take them what kind of dynamic does that set up.

People will argue look at the stats and you will see charters are better. Statistical manipulation has been around for a long time. When you look at something today you have to take it with a grain of salt. You can’t always trust stats that come from someone directly. Even third part stats can be massaged and made to look good or bad depending on the motivation. Anyway we are humans who despite stats conquer still.

The public school deterioration isn’t because of the charter school movement it is what caused it. Public school has been mismanaged for a long time. So people looked for another way to get their kids a proper education. The movement was to work outside the broken system and replace it. The only problem I see with that is when public schools are gone what are the charters going to do with our harder to deal with kids. With no public schools to dump into we could still face the same problems we did under the public school system.

The thing is I don’t blame charter schools. There are forces I can’t put my finger on cause they aren’t an organization or even an single person, its people of like mind that are, changing public opinion on public schools. Forcing parents to make that choice cause they want what is best for their kids and don’t want to deal with what is there. I can’t blame those parents. So when people criticize the move to charters and try to support the public school they don’t get great backing.

I know I’m going to get some charter school supporters who might think I’m bashing them but I’m not. I just want a fair situation for public schools. I want people to stop with the negativity towards public schools. I want to see reform on the public school side so we can have real choice cause right now its not even there. I see schools like Bowen, Corliss and others struggling to survive and there is nothing wrong with them but low enrollment because people don’t believe their kids are safe and can get a good education. But I know of at least 70 people (the 2016 graduating class at Bowen HS) that feel differently.